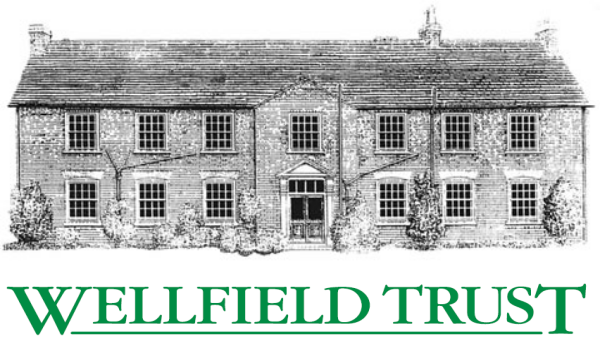 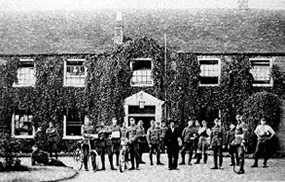 The original house situated in Wellfield Road was built in about 1788 as the Hatfield Parish Workhouse. It was run as such until 1835 when responsibility for relief of the poor was transferred to the Union of Parishes.

Running Wellfield then came under the control of Hertfordshire County Council and the major part of the building was used as a Home for Elderly Women with other parts being used for hospital purposes.  Hospitals were transferred to the Minister for Health in 1948 and the Local Authority took over and made the hospital facilities available to the Health Authority whilst itself maintaining the Home for Elderly Women.

In 1983 the Home ceased to operate whilst the District Health Authority continued to operate their elderly care ward.  In 1988 the site was sold by the (then) Parish Council to the North West Thames Regional Health Authority on the understanding that demolition of the home would take place, a new hospital built and the existing ward kept open.  The legal title was most likely vested in the Parish Council subject to and upon charitable trusts for the benefit of the poor of the Parish.

The site was subsequently resold for housing development. A full history of Wellfield is available on request. The Parish Council set up a Wellfield Trust steering group in 1987 to make a charity which would provide assistance for those in need who lived in the Parish of Hatfield and a Scheme of Administration was signed and sealed on 8th March 1990 and is available for inspection on request.

This website uses cookies to improve your experience while you navigate through the website. Out of these, the cookies that are categorized as necessary are stored on your browser as they are essential for the working of basic functionalities of the website. We also use third-party cookies that help us analyze and understand how you use this website. These cookies will be stored in your browser only with your consent. You also have the option to opt-out of these cookies. But opting out of some of these cookies may affect your browsing experience.
Necessary Always Enabled
Necessary cookies are absolutely essential for the website to function properly. This category only includes cookies that ensures basic functionalities and security features of the website. These cookies do not store any personal information.
Non-necessary
Any cookies that may not be particularly necessary for the website to function and is used specifically to collect user personal data via analytics, ads, other embedded contents are termed as non-necessary cookies. It is mandatory to procure user consent prior to running these cookies on your website.
SAVE & ACCEPT